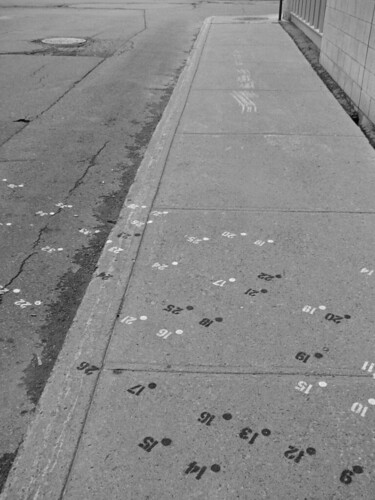 I’m sure we remember the drawing exercise we did as children, the one where we connected a seeming maze of dots on a piece of paper. We didn’t know where we were going, but once we finished, we saw a complete picture.

I am frequently asked, how is the Civil War and Reconstruction relevant to the state of our country now? So many times I have seen a blank expression pass over a younger person’s face when I describe what happened so long ago. More often than not, they cannot find a meaning that’s relevant to them.

Some say, “I’m not responsible for things that happened so long ago well before I was born.” True enough. There are two generations of Germans who find it hard or unacceptable to assume any guilt or responsibility for their grandparents’ roles in the rise and fall of Nazi Germany and all it wreaked on the world. So it is also true for people who live seven generations after the Civil War and Reconstruction.

But when I talk about income inequality and the 1%; PTSD; women’s rights or partisan political paralysis, something shifts in the conversation. Perhaps people are being touched personally by some or all of these things. Let’s look at each one and see if we find any connections between then and now.

Income inequality and the 1% – Could anyone argue that slavery is the purest manifestation of income inequality, since the laborer had no income at all? Or that the slaveowner made profits derived from a free cost for labor that would make any member of today’s 1% jealous? But it isn’t just the slaveowner that reaped the rewards of free labor. It’s the shipowners and captains and crews transporting  first slaves from Africa to America, then the cotton they grew over to Europe; overseers moving chain gangs from the coast to the plantations inland; slave brokers selling their commodity on the wharfs of Charleston and Savannah; railroad owners hauling millions of tons of cotton to Northern ports and cities; New England textile mill owners turning the cotton into cloth for the world; Northern investors who created land trusts (a version of today’s hedge funds) to buy cheap Southern land to grow more cotton.  Behind it all, a vast financial system, national and international in scope provided cash and credit to capitalize the most powerful engine of the American economy of the 19th century.  Everyone along the economic chain derived enormous benefits from slavery. The legacies of wealth that were created by that chain survive to this day. One could say that they are the charter members of the 1%.

PTSD – I am surprised when people say that they do not associate PTSD with Civil War veterans. Maybe it’s because it was called something else – “nostalgia” – a medical diagnosis for veterans thought to be at high risk of suicide. What is clear is PTSD is as old as war, even though it can affect anyone who has experienced deep trauma (who has not?) What is more striking as it relates to our history is to remember that 750,000 people died in Our War, and a multiple of that number came home wounded, maimed, traumatized. Such loss dwarfs any loss from any war in our history. And yet, more than ever PTSD remains a critical and growing problem in bringing our veterans home now.

Women’s rights – I would assert that the Civil War was the catalyst for the emergence of women’s awareness and application of both their rights and their capabilities, for one simple reason – most all the men were gone, many never came home, and many still came home maimed and incapable of working.  Who was left to do what needed to be done in the home, in the community, in the workplace, not just during the war, but after it? Who learned by doing and by taking responsibility in areas never before asked or expected of them? That it would take another seventy years for women to get the vote is amazing. That equal pay for equal work is still an issue in our society today is more amazing still.

Partisan political paralysis – If one reviewed just two of the burning issues that confronted our republic and the political parties that exercised power in the decades before Our War, as well as the struggles to frame the proper words of our Founding Documents – existence of and expansion or limitation of slavery in newly admitted states, states’ rights vs. federal authority – one can see a pattern of consistent compromise to avoid the ultimate realization that one day, there was no more compromise to be made. Something had to give. And give it did, culminating in the most disastrous calamity in our history. Are we there now? The battle lines seem drawn, there is no dialogue, no compromise (it’s a dirty word in some circles), not even an agreement to disagree as a starting point to forge consensus. The result is that the people’s business is not getting done.

As citizens, we cannot be held accountable for events that happened one hundred and fifty years ago. How could we? But we can hold ourselves accountable to learn about, to seek to know what happened then and recognize that the challenges that Our War and Reconstruction brought into crystal clear detail back then remain our challenges today. What we have learned, or not learned, about meeting these challenges is the ultimate test of our national character.  We don’t stand a chance of passing that test unless and until we see the whole picture. We need to start connecting the dots.

Author of The Ones They Left Behind. A Civil War veteran, on a mission of peace and healing, attempts to re-create Sherman's March. Based on a true story.
View all posts by Antonio Elmaleh →
This entry was posted in House United, US Politics and tagged Healing the Wounds, income inequality, partisan politics, PTSD, Women's Rights. Bookmark the permalink.

1 Response to Connecting the Dots